The 50 Year History of the Center for Urban Affairs: The Beginnings of CCED 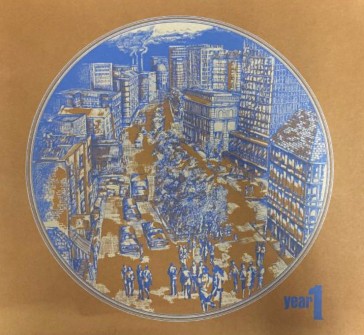 Fifty years ago, in the summer of 1967, the uprising in the City of Detroit provided graphic, explicit evidence that conditions in American urban areas had reached the boiling point. As president of the state's landgrant university, charged with addressing the problems of the all the people of the state, John Hannah knew that MSU had to respond. Since its founding in 1855, the nation's premier land grant university had pioneered the application of agricultural knowledge to address problems in mostly rural areas. But what could and should be done to address the burgeoning urban crisis engulfing the nation?

President Hannah called together a group of ten high level faculty members and six university administrators and charged them with recommending to him appropriate actions designed to make a useful contribution to the solution of the societal problems "in the area generally referred to as Civil Rights." The committee began with the assumption that there was need for immediate action and that "extraordinary efforts should be made to effect fundamental changes of attitude and behavior of white Americans toward the Negro in American society."

After extensive meetings and discussions, the committee, known as the Committee of Sixteen, reached three broad conclusions:

At the end of its report the committee urged the endorsement and support of all members of the University faculty, staff, students, alumni, and Board of Trustees. The report was adopted by the committee on April 25, 1968 and sent to the President Hannah. One year later, in March 1969, the Board of Trustees appropriated $1.5 million dollars to be used for the first year's operation budget of the Center for Urban Affairs (CUA). As a tangible demonstration of the university's commitment to achieving the goals set out by the Committee of Sixteen, CUA was given a prominent campus location in the former home of The Graduate School, across from the MSU Union and Cowles House. CUA also established a physical location in southwest Lansing near the Main Street Elementary School.

Since its establishment, CUA has moved to different locations and has been called different names, but its primary function has always been addressing urban and racial issues. Over the years 1972 to 1978 CUA continued to work in the community, but its academic unit became the College of Urban Development (CUD), offering undergraduate degrees in Urban & Metropolitan Studies and Racial & Ethnic Studies. CUD morphed into Urban Affairs Programs, offering an urban studies minor to students in Masters and/or PhD programs at MSU who were interested in racial and urban issues. Joint degrees in urban studies were offered in 23 MSU schools and departments ranging from psychology and social work to entomology and forestry. In 2008, CUA was renamed the Center for Community and Economic Development (CCED), where we continue to function as a unit within University Outreach and Engagement. In the year ahead we will be looking at the impact that CUA has had over the years, and we would be very interested in hearing from those who have memories they would like to share about CUA or who just want to be kept informed of our activities at CCED. For any interested, send an email to schweit1@msu.edu with "CUA 50" in the subject line.